Root knot nematode, Meloidogyne spp., are small round worms present on the roots and must not be confused with root knots of Rhizobium spp., which are actually good for the plant. Legume nodules are smaller and pinkish inside while Root Knot galls are distorted and have abnormal branches. Root Knot infestation just looks bad compared to Rhizobium.

Root Knot infects most commercial vegetable crops such as tomatoes, peppers, lettuce, fruit trees, maize, some ornamental crops. Interestingly grains and grasses are not affected so they are a good alternative crop. If you can, plant marigolds, Tagetes patula or Tageetes erecta, which helps suppress nematode. If you have intensive infestation, work the marigold leaf matter into the soil and plant grains/cereals for a year or two. Another good practice is to leave green material on the surface and work it in after a while to increase the natural fungi and bacteria population. They feed on nematodes so it is a form of bio-control. Soils with low organic content, such as sandy soils, tend to have higher risk of root knot than organic soils.

Root Knot nematodes are very small. The worm like males are about 1.4mm and the pear shaped females about 1.3mm. The females lay up to 500 eggs and there under heavy infested roots, they may reproduce parthenogenetic. The female larvae penetrates the meristematic tissue at the tip of the root (the softest tissue) and moves to an opening between two cells close to the endodermis, she will stay there permanently and feed on the plant.

Meloidogyne‘s larvae burrow into the roots of crops, the adults then cause tissue deformation, tumor formation which reduce vegetable yields significantly. Because the roots are targeted, it is very difficult to control. For that reason the nematode is one of the most damaging pests in agriculture, not just affecting peas, but a whole range of other crops 1)SEHEBANI, N and HADAVI, N. 2008. Biological Control of the Root-Knot Nematode Meloidgyne javanica by trichoderma harzianum. Soil Biology and Biochemistry. 40: 2016-2020. Root knot nematodes are more prevalent in warm tropical to sub-tropical regions because of mild winters which don’t kill of most of the parasite.

Root knot nematodes do have natural enemies in nature. These are bacteria, fungi, plant and rickettsia to viruses. Fungi and bacteria are the best methods to control nematodes biologically. Both Pseudomonas aeruginosa bacterium and other Pseudomonas species were the most effective bacteria to control nematodes 2)Hashem, M and Abo-Elyousr. 2011. Management of root-knot nematode Meloidogyne incognitai combinations of deferent bio control agents. Crop Protection. 30: 285-292.

The root galls are formed due to toxins, such as amino acids, that are excreted by the nematodes which stimulate pathological growth of meristematic tissue of the plant.3)Myuge, S.. (1968). ON THE PHYSIOLOGY OF FEEDING BY THE ROOT-KNOT NEMATODE. 5.

Peas are usually not affected when grown in winter, so not control (chemical or otherwise) is necessary. Try and avoid planting peas on lands that previously had crops that are susceptible to nematodes, such as tomatoes. If you really need to control nematodes chemically you can use fenamiphos (Nemacur) EC at 4 L/ha. You need a safety period of 90 days though, so you cannot harvest before 90 days are over.

The best methods of control is to use resistant cultivars, but that is not always finiancially and practical. An interesting biological control method is with essential oils such as Mentha, Cymbopogon and Eucalyptus which are toxic to nematodes. 4)Ntalli, N.G., F. Cottiglia, C.A. Bueno, L.E. Alche, M. leonti, S. Vargiu, E. Bifulco, V.M. Spiroudi, & Caboni, P. (2010). Cytotoxic tirucallane from Melia azedarach fruits. Moelcules. 15:5866-5877. Large scale control with essential oils is still a dream but research is ongoing to achieve better results. 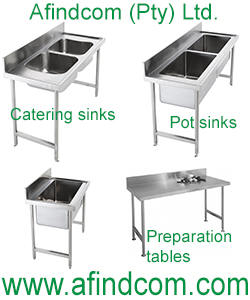